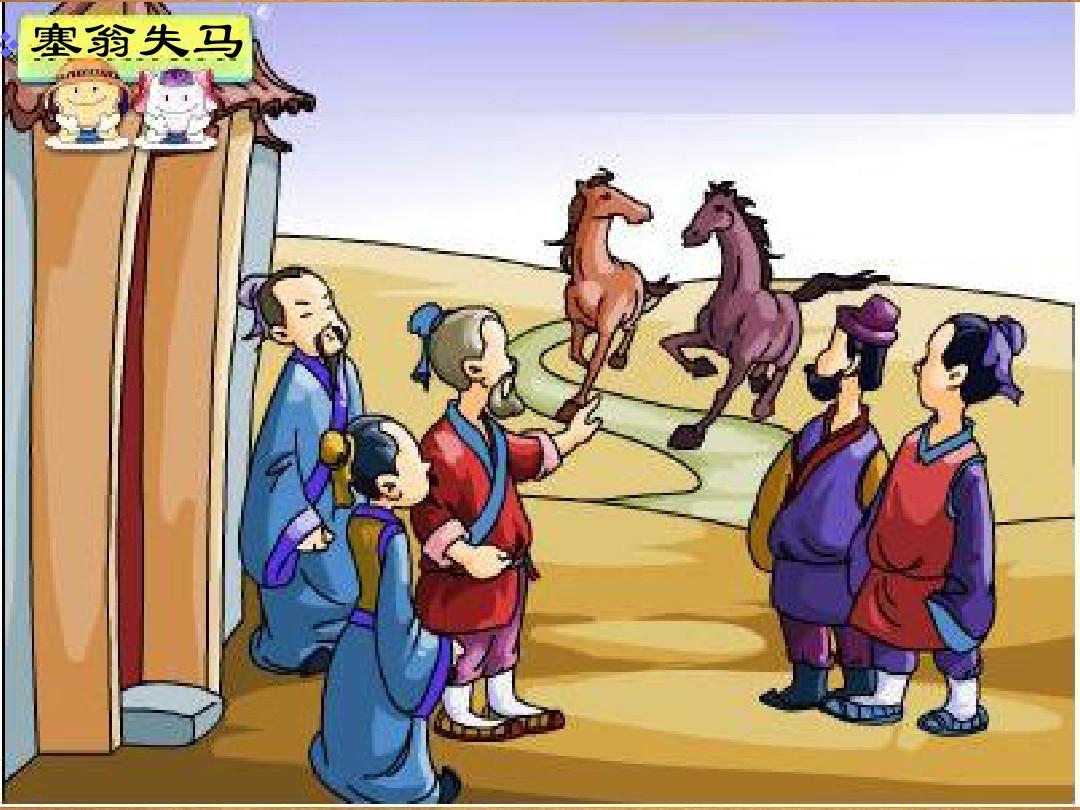 Once upon a time…

There was an old man named Sai Weng who lived with his son on the outskirts of the country. They both enjoyed riding horses and also raised horses for a living. 🐎

One day, Sai Weng lost one of his most prized horses. A servant ran in and reported to the old man:

One of your prized steeds has gone missing. It seems the horse has ran across to the neighboring country.

After hearing of the misfortune, some of the old man’s friends and neighbors felt sorry for him and came to comfort him:

Our commiserations, old friend, how unfortunate to lose such a fine steed! Alas, such misfortune…

However, the old man simply smiled and said:

After a while, a strange thing occurred. The lost horse returned, bringing back with it another beautiful horse from the neighboring country.

After hearing the news this time, once again the old man’s friends and neighbors came over and this time congratulated him on his good fortune:

Congratulations old friend! How fortunate to regain your lost steed plus gain another fine steed. You have doubled your money! 💰

However, once again the old man simply smiled and said:

One day, his son went out for a ride on the fine new steed. Suddenly, he lost control and fell from the horse and broke his leg. The doctor gave his prognosis: his son would never be able to walk again.

Once more, the old man’s friends and neighbors came over to comfort him:

We are very sorry for your loss. How great a misfortune to lose your legs at such a young age…

But the old man was still unfazed and simply said:

A year later, the Emperor’s army arrived at the village to recruit all able-bodied men to fight in a war. Most young men who fought died on the battlefield.

However, because of his injury, Sai Weng’s son was not drafted to join the army, and was thus spared from certain death.

The moral of the story

Is that life by its very nature is capricious and unpredictable. Our concepts and beliefs regarding luck and misfortune are very limited since we can never see the big picture nor predict the future.

Sometimes things may happen to you which you believe are a blessing but may turn out to actually be a curse.

Conversely, sometimes misfortune strikes but later on may turn out to be a boon. A blessing in disguise.

This reminds me of a famous passage from the Bible, the best-selling book of all time which is filled with Ancient Wisdom:

Therefore I tell you, do not worry about your life, what you will eat or drink; or about your body, what you will wear. Is not life more than food, and the body more than clothes? Look at the birds of the air; they do not sow or reap or store away in barns, and yet your heavenly Father feeds them. Are you not much more valuable than they? Can any one of you by worrying add a single hour to your life?

“And why do you worry about clothes? See how the flowers of the field grow. They do not labor or spin. Yet I tell you that not even Solomon in all his splendor was dressed like one of these. If that is how God clothes the grass of the field, which is here today and tomorrow is thrown into the fire, will he not much more clothe you—you of little faith? So do not worry, saying, ‘What shall we eat?’ or ‘What shall we drink?’ or ‘What shall we wear?’ For the pagans run after all these things, and your heavenly Father knows that you need them. But seek first his kingdom and his righteousness, and all these things will be given to you as well.

Therefore do not worry about tomorrow, for tomorrow will worry about itself. Each day has enough trouble of its own. [emphasis added]